Taking place from the 30th of June to the 2nd of July 2017 at FAMU – Film and TV School of Academy of Performing Arts in Prague – ACE Producers has selected 13 upcoming producers at relatively early stages in their careers from the Czech Republic, Slovakia and Poland to take part in the first ACE Training Days.

Scheduled over two-and-a-half days, the workshop is provided with the help of ACE producers and consultants who have notably strong track-records in international project financing and distribution, and who will share their knowledge and international expertise with the participants.

The Prague Training Days are supported by the Czech Film Fund and the Audiovisual Producers Association (APA). 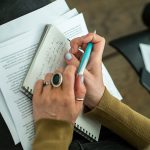