ACE Producers is pleased to announce the eighteen producers selected to participate in the 27th ACE Session (2017/2018).

Sixteen producers have been selected from fourteen different Creative Europe participating countries, and for the first time this year, thanks to a partnership with Téléfilm Canada, two producers from Canada will be attending the workshops alongside their European colleagues. All eighteen producers will attend the workshops with a project in development.

The sixteen EU producers come from all corners of Europe, with Scandinavia and Eastern Europe particularly well represented. ACE is also pleased to welcome a Ukrainian producer to the Network for the first time.

The selection committee was made up of members of the ACE board, ACE consultants, President Simon Perry and Director & Head of Studies Jacobine van der Vloed. The committee said: “The quality of the producers and projects who applied for this year’s session was very high, making the selection particularly difficult. We are very happy to have selected a wide variety of producers from different production backgrounds, and are pleased with the number of them who have impressive collaborative connections with their directors.”

Four events make up the core of the training. The first workshop, dedicated to Content Development will take place mid-October in Helsinki, thanks to the support of Aalto University. The Content Development Workshop includes plenary sessions and individual meetings, analysing the concepts, dramaturgy and target audiences of producers’ projects.

In November the second workshop, which offers the producers advice on possible Financing Strategies for their projects, takes place in Prague, with the support of the Czech Film Fund and the Czech Audiovisual Producers Association. This week-long workshop is made up of interactive sessions exploring international financing opportunities and strategies through detailed analysis of the producers’ finance plans, with input provided by high-grade professionals from across the industry. The sessions offer a uniquely open exchange of experience and ideas which sheds light on the evolution of  co-production practices, of public and private funding schemes, and of the global marketplace in the digital age.

The third workshop will look at the producers’ Business Prospects, providing them with models of sustainable company management and ways to build businesses that have real value. The sessions will offer them insight into keener application of marketing techniques, direct online distribution and diversified commercial activities. This workshop takes place in Amsterdam with the kind support of the Netherlands Film Fund and is immediately followed by the ACE Annual Reunion, were the new producers will be officially welcomed into the ACE Network.

Alongside these workshops the producers will also have the chance to have personalised consultations with script, finance and marketing experts throughout the year.

ACE Producers is an exclusive network of experienced independent film producers from Europe and beyond, with around 200 members from more than 45 countries.

Established in Paris in 1993, the association moved to The Netherlands in 2017 and will be celebrating its 25th anniversary next year. 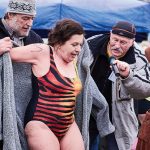 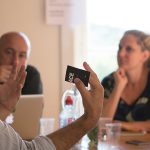