ACE Producers is pleased to announce the eighteen producers selected to participate in the 30th ACE Session (2020/2021) who will go on to join the ACE Network.

The selection committee was made up of members of the ACE board, ACE consultants, president Antoine Simkine and director Jacobine van der Vloed. Of the selection, Jacobine van der Vloed said, “We were overwhelmed by the number of applications this year. Faced with a year of unprecedented disruption and change, it’s heartening to see that producers are determined to forge forward, concentrating on training and development. We’re confident that the selected producers will learn a lot from each other and will be excellent additions to the ACE Network”.

Four events make up the core of the training. The first workshop, dedicated to content development, will take place online in early October with carefully tailored sessions which will aim to stimulate and engage the producers in an online environment. The Content Development Workshop will include group sessions and individual meetings, analysing the concepts, dramaturgy, and target audiences of producers’ projects.

In November, the second workshop, which offers the producers advice on possible financing strategies for their projects, will take place in Belgrade, Serbia, with the support of Film Center Serbia. The week-long workshop will be made up of interactive sessions exploring international financing opportunities and strategies through detailed analysis of the producers’ finance plans, with input provided by high-grade professionals from across the industry. The sessions offer a uniquely open exchange of experience and ideas which sheds light on the evolution of co-production practices, of public and private funding schemes, and of the global marketplace in the digital age.

The third workshop will look at the producers’ business strategies, providing them with models of sustainable company management and ways to build businesses that have real value. The workshop will integrate new elements specifically for this year, to help producers adapt their business models to face the challenges brought forward by the global pandemic. The Business Prospects Workshop will take place in Amsterdam with the kind support of the Netherlands Film Fund and is immediately followed by the ACE Annual Reunion, were the new producers will be officially welcomed into the ACE Network.

The Annual Reunion 2021 will be held in Edinburgh, with the support of Screen Scotland, after the postponement of the 2020 edition which was due to be held there.

ACE 30 Producers Selected2020-09-142020-09-14https://ace-producers.com/wp-content/uploads/2017/05/logo-mobile-2.pngACE Producershttps://ace-producers.com/wp-content/uploads/2020/09/ace30producers.jpg200px200px
We use cookies on our website to give you the most relevant experience by remembering your preferences and repeat visits. By clicking “Accept”, you consent to the use of ALL the cookies.
Cookie settingsACCEPT
Manage consent 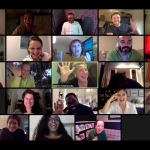