ACE Producers has selected 18 experienced independent producers to join the ACE Network after completing the 31st edition of its Annual Programme. The selected producers from 17 different territories will attend three workshops throughout 2021 and 2022 moving the projects with which they applied forward.

“We are excited about the new group of producers joining the ACE Network. With each of these experienced independent producers and their individual expertise and know-how, the ACE Network will grow stronger, providing a solid basis for successful European collaborations”, Jacobine van der Vloed commented.

Four events make up the core of the training. The first workshop, dedicated to content development, will take place in Stavanger, Norway in early October and will include group sessions and individual meetings, analysing the concepts, dramaturgy, and target audiences of producers’ projects. The workshop is supported by The Norwegian Film Institute, Filmkraft Rogaland, Mediefondet Zefyr, Stavanger Municipality, Rogaland County Municipality and The Norwegian Producers Association (Virke Produsentforeningen).

In November, the second workshop, which offers the producers advice on possible financing strategies for their projects, will take place in Warsaw, Poland, with the support of the Polish Film Institute and in collaboration with Independent Film Foundation. The week-long workshop will be made up of interactive sessions exploring international financing opportunities and strategies through detailed analysis of the producers’ finance plans, with input provided by high-grade professionals from across the industry. The sessions offer a uniquely open exchange of experience and ideas which sheds light on the evolution of co-production practices, of public and private funding schemes, and of the global marketplace in the digital age.

The third workshop will look at the producers’ business strategies, providing them with models of sustainable company management and ways to build businesses that have real value. Group sessions and panel discussions guide the producers through keener applications of marketing techniques and diversified commercial activities. The Business Prospects Workshop will take place in Amsterdam with the kind support of the Netherlands Film Fund and is immediately followed by the ACE Annual Reunion, were the new producers will be officially welcomed into the ACE Network.

The Annual Reunion 2022 will be held in Gdansk, Poland with the support of the Polish Film Institute. 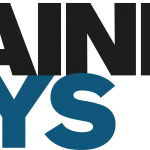 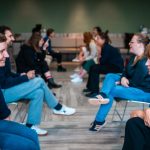