16 producers were selected for the ACE Animation Special, of whom 13 eventually participated in what became a 4-day online version of the workshop (18th – 21st March 2020).

Focusing primarily on the creative and financial aspects of animation production, the ACE Animation Special also offered sessions on the development process, co-producing, international distribution, audiences and business strategies. The workshop included sessions on the different approaches needed for animated TV series as well as offering the producers a chance to work on their projects.

Having been forced to cancel the physical event 5 days before it was due to start, due to the Covid-19 pandemic, the ACE management redesigned the workshop into an online compatible version to be ready to begin on Wednesday the 18th of March. Converting a programme to be held online held many challenges but also opportunities. For example, the timing of the sessions was challenging for the two Canadian participants, however ACE recorded each of the sessions so that nothing would be missed. Also, the length of the sessions was shortened as staying engaged with a session on screen is more difficult than in person.

The ACE management succeeded in maintaining most of the sessions that were initially planned and only four consultants were unable to attend due to work engagements brought on by the crisis. Interviews, case studies, plenary sessions, group sessions and one-to-one meetings were all integrated. Due to the fact of it being held online, it was possible to invite additional consultants, such as producers Pavel Strnad and Roman Paul, who did a case study on “Alois Nabel” and “Waltz with Bashir” respectively.

All sessions were moderated by ACE members Lisa Marie Russo and Martin Pope, the latter conducting many of the session himself as an established animation producer.

The first day concentrated on choosing material and featured an interview with Aardman Studios founder Peter Lord. The second day revolved around animatics, world and story development with input from Jam Media head of development Chris Dicker. The third concentrated on the physical production of animation with sessions by producer Simon Quinn and an interview with Cartoon Network’s Sarah Fell. The fourth and final day was specifically about financing and distribution including sessions by GFM Films’ Michael Ryan and Jean Baptiste Babin of Backup Media.

The week following the workshop, ACE held one-to-one meetings between the producers and consultants online. Producers were matched with four different consultants in order to speak about their projects or ask questions relating to the workshop’s sessions.

Although many were initially sceptical about the possibility of holding the workshop online, the participating producers all expressed themselves to be extremely pleased by how well it worked and how much they learnt from it. Go to the testimonials page of the ACE website for some quotes from the participants. 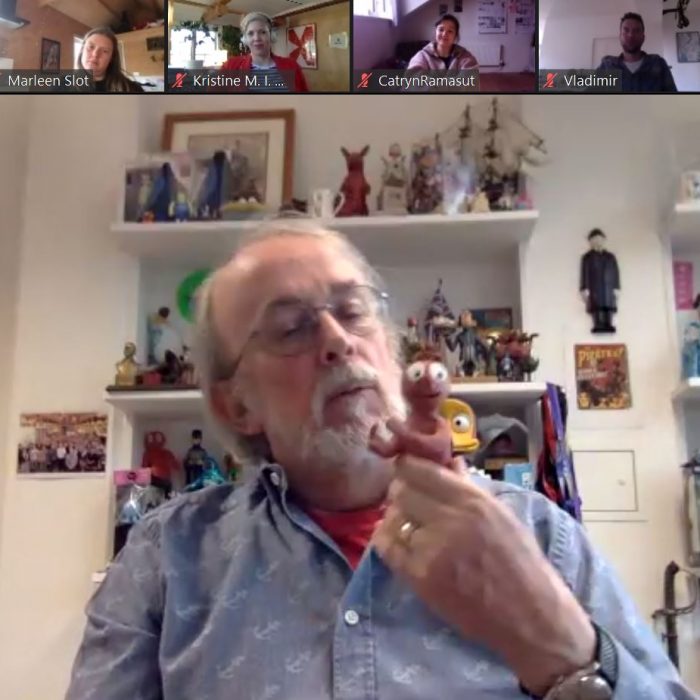