In loving memory of Colin Young

ACE was conceived by Colin, its first architect and Director, and we are still indebted to his vision which we strive to uphold: that of learning through sharing. These were values he had honed as a film educator having previously worked at UCLA and as founder director of the National Film and Television School in the UK.

As a Network we send love to his wife Conny, his children and all who loved him.

We feel lucky to have known his warmth and witty charm and are privileged to carry on his legacy by building and strengthening the ACE Network.

In memory of Colin, here below are some thoughts by other members of the ACE family:

Our dear Colin Young has sadly passed away at the respectable age of 94. I remember meeting him during my ACE training in 2008 and, while he was already 80 years old, the accuracy and kindness he would provide concerning our projects was extraordinary.
While he dedicated a good part of his life to education, it was never really about teaching, but more about sharing and as he puts it himself, the goal was actually to infect people with the virus of cinema, the only virus we’re all gladly infected with.
Last time we saw each other was at the 25th anniversary of ACE in Tallinn in 2018. This fantastic man of a thousand lives was sharp and thriving amongst all the gathered members of ACE. His visionary creation, our wonderful network, was around him to honour him and it was a great touching moment to celebrate his 90th birthday.
This is a sad moment for all the members who have known and cherished him along the years and for our members who didn’t have the chance to meet him, just know that without his vision and impulse, we probably wouldn’t be part of such a great gathering of spirits.
Our last annual reunion was in Scotland, his homeland and we did honour him with a taste of Scotch, his favourite drink.
Adieu Colin, rest in peace.
Antoine Simkine, ACE Producers’ President 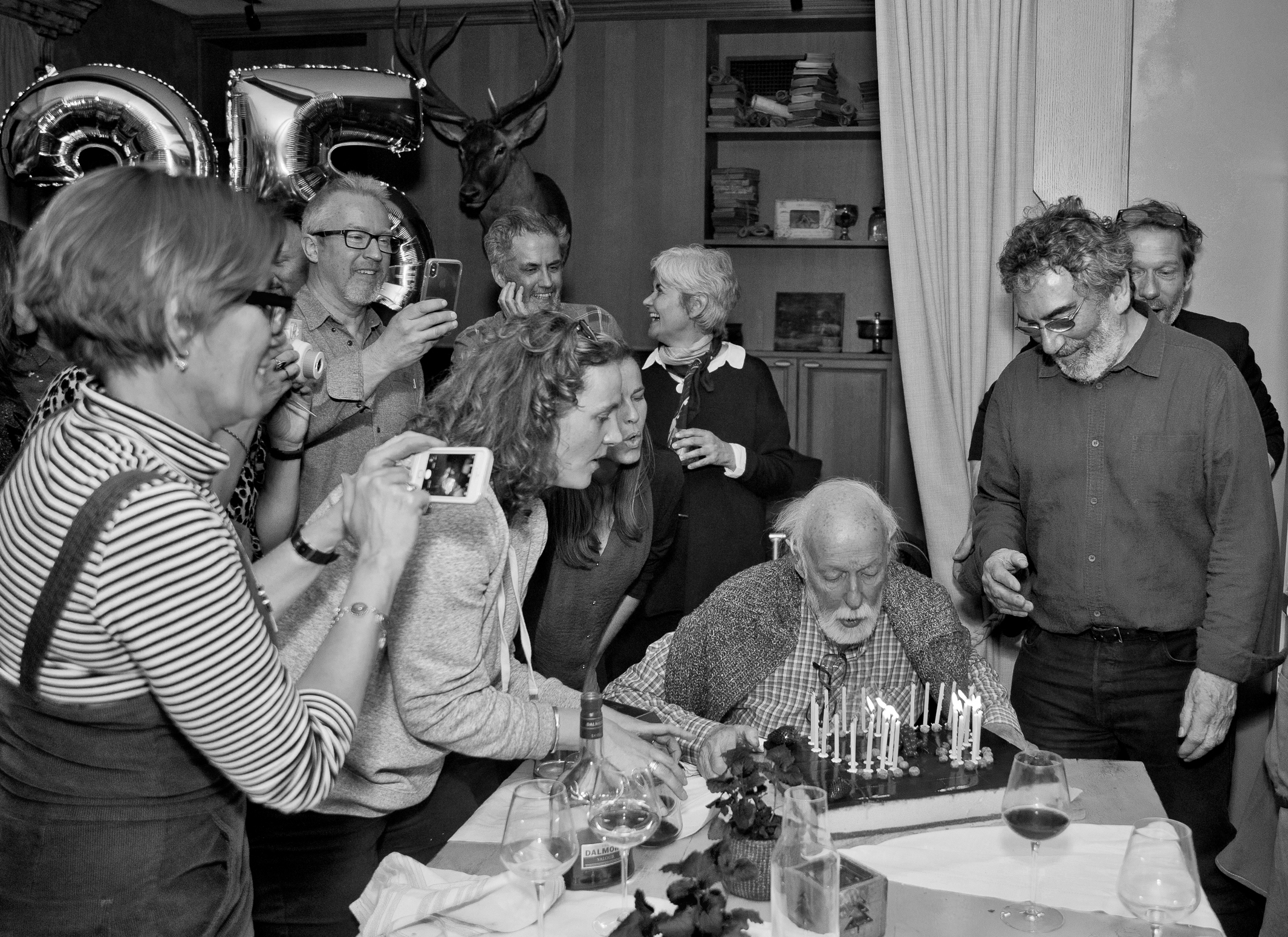 Colin’s gift as an educator was always to inspire, never to instruct. Without ever teaching in an academic sense, he created environments in which aspiring filmmakers developed the openness, eagerness and confidence needed in order to learn – to learn from great practitioners, artists and professionals, and also from each other. ACE was Colin’s concept, and his genius still finds expression in the spirit and practice of ACE 30 years later. In our workshops, we still hear his voice.
Simon Perry, ACE Senior Consultant, ACE Producers’ President (1993 – 2018)

It seems astonishing to me that Colin isn’t still with us, that an email isn’t going to pop up any moment with some slightly scurrilous story and signed off: ‘Onwards’. He was always looking ahead and the creation of ACE was visionary, but now we can look back to see the huge impact he had on hundreds of us producers, as well as so many filmmakers. He was a good friend and a profound influence with his twinkling eye, his determination that filmmakers should be “missionaries for a better life” and his belief that sharing was at the heart of life-long learning about film and indeed about life.
Martin Pope, ACE Producers’ Vice President 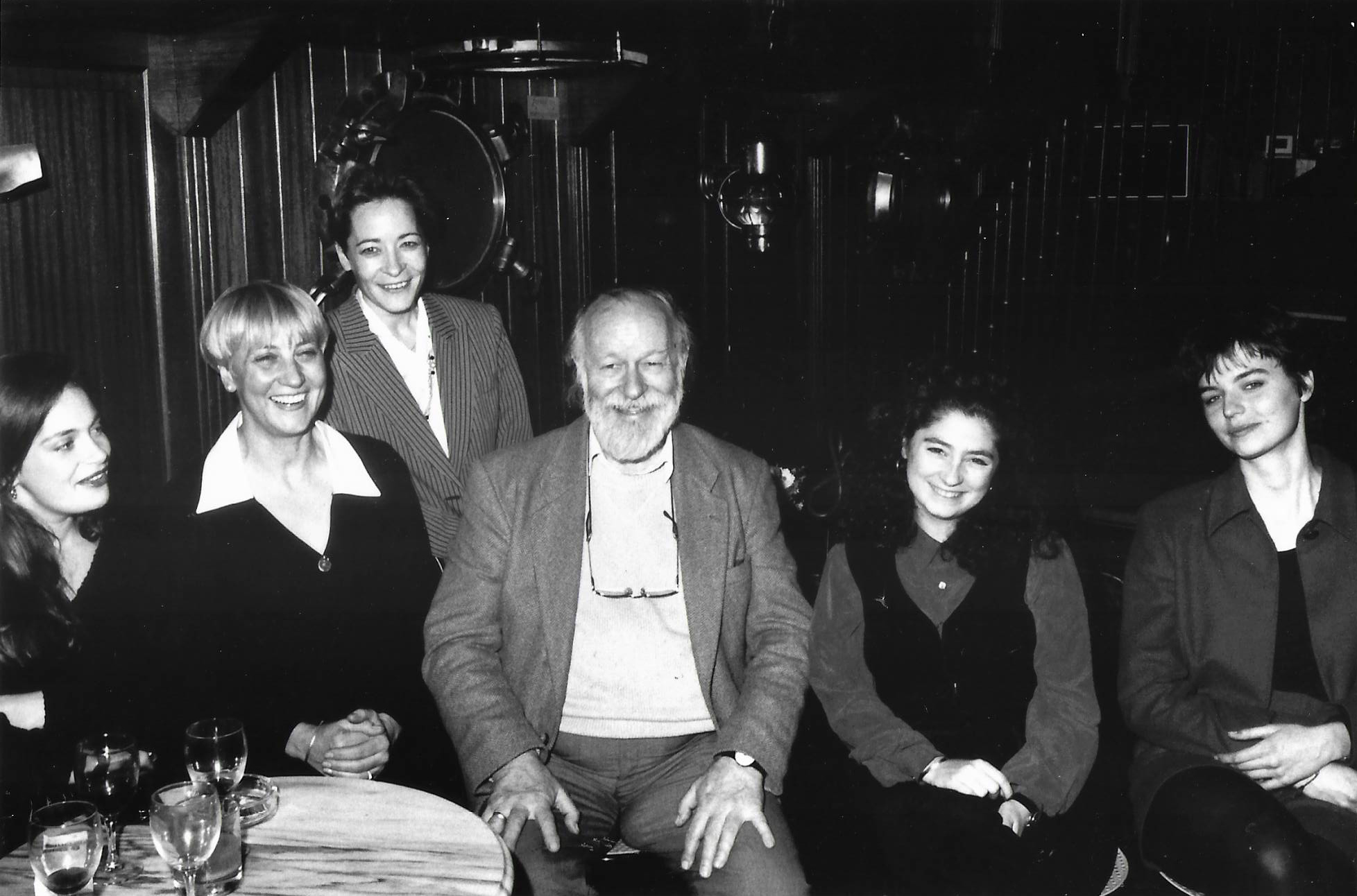