Taking place from the 5th to the 7th of October in Helsinki and Espoo ACE Producers has selected 19 upcoming producers at relatively early stages in their careers from the Finland, Denmark, Norway, Sweden, Iceland and Estonia to take part in the ACE Nordic Focus Training Days 2019. Two production students from Aalto University will also attend.

Scheduled over two-and-a-half days, the workshop is provided with the help of ACE producers and consultants who have notably strong track-records in international project financing and distribution, and who will share their knowledge and international expertise with the participants.

“The Essentials of Agreement Management, Rights Management and Waterfalls” will include plenary sessions, group meetings, case-studies and interactive workshops. These will offer guidance through the main international agreements and explore topics such as rights clearance, budgeting and recoupment schedules.

The Nordic Focus Training Days are supported by Aalto University, Audiovisual Producers Finland and the Nordisk Film and TV Fond. 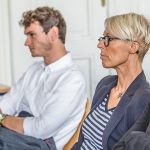