ACE Producers is pleased to announce the 19 producers and projects selected for the ACE Series Special 2.

The selected producers will begin the programme with an online workshop on script development late October followed by a residential workshop in Brussels in March. The aim of the programme is to equip producers who have a strong track record in feature film production with the tools to transfer their skills into the world of series production.

The Series Special is supported by the VAF (the Flanders Audiovisual Fund) and CFAP.

With a record number of applications, the selection committee selected projects which had strong co-production possibilities, a unique pitch with potential to gather an international audience and producers who would be able to bring a wealth of knowledge and experience to the group. Of the selection, Head of Specials Al Williams said, “We were overwhelmed by the quality of the applications this year and we feel that the final selection represents the high level of series development coming out of Europe and Canada at the moment.”

Previously scheduled to be held at the VAF in Brussels in October, the residential element of the workshop has been postponed due to the continuing Covid-19 crisis. The participants will now participate in October in an online portion of the programme, with group sessions and a development workshop by development expert Emmanuel Oberg. This will help them fine-tune their bibles and pitches before the main element of the programme which will be held from the 1st to the 6th of March in Brussels, gathering experts in series productions, financing, distribution and sales.

ACE held its first Series Special workshop in October 2020, emerging from the needs of the industry and the clear trend for producers diversifying their activities and moving towards series production. On setting up the progamme ACE director Jacobine van der Vloed reflected “It really is amazing the number of established feature film producers we are currently seeing, turning their sights towards series. With the ever-growing call for more content this doesn’t seem to be a trend that is diminishing, so we’re happy to be able to provide a space to guide these knowledgeable producers in the right direction”.

The 19 selected producers come from 12 different countries with female producers outnumbering their male counterparts. 13 of the producers are ACE Network members.

SELECTED PRODUCERS ANNOUNCED FOR 2ND SERIES SPECIAL2020-09-022020-09-02https://ace-producers.com/wp-content/uploads/2017/05/logo-mobile-2.pngACE Producershttps://ace-producers.com/wp-content/uploads/2020/09/producers.jpg200px200px
We use cookies on our website to give you the most relevant experience by remembering your preferences and repeat visits. By clicking “Accept”, you consent to the use of ALL the cookies.
Cookie settingsACCEPT
Manage consent 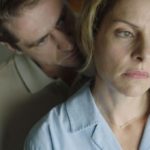 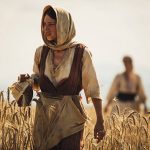