ACE Producers is pleased to announce the sixteen producers who have been selected to attend the 1st edition of the ACE Series Special later this year.

All selected participants are experienced producers who want to integrate a series division into their companies and/or deepen their knowledge of developing and producing TV drama series for an international audience.  They were each selected with a series project in the early stages of development. Eleven different countries are represented in the selection: Austria, Belgium, Bulgaria, Canada, France, Germany, Hungary, The Netherlands, New Zealand, Norway and Switzerland.

Regarding the selection, ACE director and head of studies, Jacobine van der Vloed said, “We are thrilled to have such a prestigious group of international producers, with exciting series projects, selected for the first edition of the ACE Series Special – and it’s great to have producers from both inside and outside of the ACE network. It promises to be a fruitful week at our hosts’, the VAF (the Flanders Audiovisual Fund) in Brussels this November”.

In collaboration with VAF (the Flanders Audiovisual Fund) and supported by Flow Postproduction, Casa Kafka Pictures and Creative Europe MEDIA Desk Flanders, the 6-day workshop will be held from the 4th to the 9th of November 2019 in Brussels.

Focusing primarily on the creative and financial aspects of TV series production, the ACE Series Special will also offer sessions on distribution, audiences, international approaches and business strategies, with a two-day course in the use of story development tools for TV drama. The workshop will give the producers a chance to network with their peers, discuss their projects during one-to-one meetings with experts and during the interactive group session dive deeper into the different aspects of series production.

Dries Phlypo – Belgium – A Private View
“Ghosts of the Past” directed by Robin Pront, written by Veerle Baetens

SELECTED PRODUCERS ANNOUNCED FOR 1ST SERIES SPECIAL2019-09-092019-09-10https://ace-producers.com/wp-content/uploads/2017/05/logo-mobile-2.pngACE Producershttps://ace-producers.com/wp-content/uploads/2019/02/seriesspecialwebsiteannounce.jpg200px200px
We use cookies on our website to give you the most relevant experience by remembering your preferences and repeat visits. By clicking “Accept”, you consent to the use of ALL the cookies.
Cookie settingsACCEPT
Manage consent 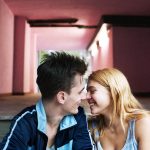 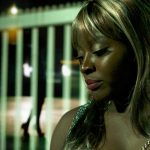