ACE Producers is pleased to announce the sixteen producers that have been selected for the first edition of the ACE Animation Special that will take place during Animation Dingle in Ireland this coming March.

The selected participants are all producers who want to diversify their activities to include, and/or deepen their knowledge of, developing and producing long form/feature film animation production for an international audience (cinema, broadcast or streaming). Producers were selected either with or without an animation project in the early stages of development, though each runs a company focusing its sights on animation. Eleven countries are represented in the selection: Austria, Canada, Croatia, Czech Republic, France, Germany, Iceland, Ireland, The Netherlands, Norway and the United Kingdom.

“Animation was high on my list”, ACE director and head of studies, Jacobine van der Vloed said, “I’m thrilled to have established a partnership with Screen Skills Ireland and Animation Dingle and to be bringing such a great group of international producers to Ireland to discover the global potential of their animation projects.” The group consists of experienced producers from both inside and outside the ACE Network.

Marleen Slot – The Netherlands – Viking Film
Attending without a project 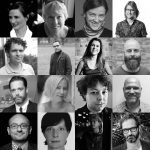 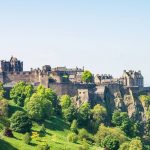