The workshop will be held in Brussels in collaboration with VAF (the Flanders Audiovisual Fund) and supported by Flow Postproduction, Casa Kafka Pictures and Creative Europe MEDIA Desk Flanders, with notable thanks to the recent support of CFAP.

Focusing primarily on the creative and financial aspects of TV series production, the ACE Series Special will also offer sessions on distribution, audiences, international approaches and business strategies, with a two-day course in the use of story development tools for TV drama.

On Thursday the 7th of November, an open afternoon will be held at the VAF, welcoming Belgian and Dutch producers to participate in sessions on international production and broadcasting.

For more information on the Series Special please contact: series@ace-producers.com 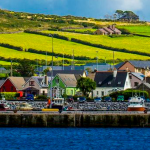